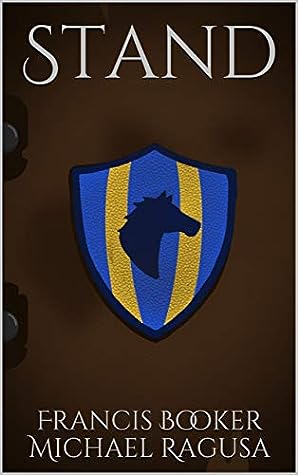 Age Recommended: 12 yrs and up

“Be someone who makes a real positive difference, even if it costs something great.”

The Kingdom of Regostia is protected by a powerful group known as the Hooded. Whether it’s reconnaissance, strategy, or combat, the Hooded have trained to be able to tackle every issue that the kingdom faces. But what they’re most known for is their use of morar, an energy that can be shaped to allow the Hooded to complete superhuman feats.

Living in the capital, Damon Red has always lived in his brother Ander’s shadow. Ander is an internationally known, twice decorated war hero and the strongest Hooded in the kingdom. Damon struggles to compete in minor league tournaments and can barely get the girl of his dreams to notice him. He wants nothing to do with the Hooded because he knows he can never live up to his brother.

But, when Ander tries to kill the king in the dead of night, the shadow Damon has lived in suddenly changes. He’s no longer the younger brother of the greatest man in the kingdom; he’s the brother of a traitor. And when no one can produce Ander’s motive, Damon must also come to terms with the fact that his brother was not the man he thought he was.

In order to restore his reputation, Damon sets out to join the Hooded. Along the way, he hopes to find out why Ander really did what he did. To become a powerful Hooded, he must make new friends, new enemies, and learn what it means to protect the things he cares about. When he finds the truth, will it turn his life on its head again?

Stand (Hooded#1) is a great blend of Historical Fiction and supernatural elements. As the synopsis mentions, the story takes place in the Kingdom of Regostia and revolves around Damon who lives in the capital city- Corstia.

Damon along with his brother Cyril dreams of winning the minor league tournaments. Damon however, has his own selfish motives to achieve this victory. They are: him creating his own name instead of being known just by his elder brother, impressing the girl he likes and lastly prove to his elder brother that he is better without being a part of the Hooded. The story takes turn when Ander is caught as a traitor and Damon’s dreams collapse.

In terms of the plot, the book was definitely way out of the ordinary ones. The plot was very interesting and gripping. The pacing of the story however, seemed pretty hurried at times. Like, despite the plot being so great, it could not shine as much as it could have if, the pacing was a bit slower and involved more of the scenes which were a bit more light weighted as the reader could grasp the heavier bits more easily. The fast pacing of the plot ended up preventing the character development as well. Another aspect of the book which I think made the plot lose out it’s importance was the fact that the synopsis gave away a little too much of the information already. The synopsis is basically the first fifty pages of the book.

“If you see something that’s wrong with the world, don’t turn your back on it, okay?”

When it comes to the writing, I would say that it was actually good. The writing style did help the plot to shine and grow. It was quite gripping and did keep me hooked till the end of the book!

I would genuinely recommend this book to the fans of fantasy and supernatural mixed with great amount of mysteries and politics!