Today I’m excited to participate in the Creative Blog Tour for Kill or Cure by Pixie Britton hosted by MTMC Tours!

Kill or Cure is the gut-wrenching first book in the Kill or Cure post-apocalyptic dystopian teen fiction series. If you like feisty young heroines, struggles against chaos, and teenage love, then you’ll adore Pixie Britton’s action-packed trilogy! The ebook is ON SALE for 99c during the tour!

She’s on a desperate quest to protect her family. But will defending them save the planet or result in her doom?

Alyx Silverthorne’s broken world is falling apart. With her parents dead and her little brother Tommy infected, she fears she’s about to lose everything that matters. But when her beloved sibling dies and returns to life stronger than before, their only choice is a dangerous cross-country journey to the capital for answers.

Teaming up with her deserter uncle and the best friend in love with her, they arrive at a secret military base wondering if Tommy is in fact the cure. But the affection of a strapping young soldier is cold comfort when his sinister commander takes a terrifying interest in her family.

Will Alyx survive the lies of the living or be consumed by the mouths of the dead?

Kill or Cure is the gut-wrenching first book in the Kill or Cure post-apocalyptic dystopian teen fiction series. If you like feisty young heroines, struggles against chaos, and teenage love, then you’ll adore Pixie Britton’s action-packed trilogy.

END_OF_DOCUMENT_TOKEN_TO_BE_REPLACED

About an Improbable Spy:

Tehran was well known to American businessman Jack Devlin until the day everything changed. When radical Islamic students stormed the US embassy on November 4, 1979, Jack narrowly escaped the revolutionary chaos, leaving behind 80 percent of his business and 100 percent of his heart. To get his beautiful girlfriend, Farideh, out of Iran, Jack accepts a devil’s bargain with the CIA and MI6. He must slip back into Tehran, where the militant students are holding dozens of Americans hostage in their own embassy. His part of the bargain is to steal the coveted client ledger of the world’s most powerful arms dealer, Mustafa Khaki, Farideh’s father. Surprised by an additional assignment, Jack is also ordered to strip a KGB defector of details on Russian collusion with Iran and their plan to eliminate the American hostages while infiltrating the highest levels of Ayatollah Khomeini’s government. From the damp cellars of KGB headquarters to the cold chill of British espionage to the blistering heat of the Kuwaiti desert, readers will learn, in an erroneous twist, that not all the turncoats are Russians.

When Jack Sligo runs away from his loving Boston-Irish family, he hopes to get a summer job on a cruise ship. His dream becomes a nightmare when he meets two strangers who give him mysterious drinks in a waterfront saloon.

Jack wakes up, far at sea, shanghaied aboard the African freighter, SS Iron Prince. The ship’s first call is a remote jungle port in Venezuela where there’s plenty of rum, women, and thieves, but no opportunity for escape.

END_OF_DOCUMENT_TOKEN_TO_BE_REPLACED

Today, I am delighted to host the Blog Tour organized by TBR and Beyond Tours for Hot British Boyfriend

After a horrifying public rejection by her crush, Ellie Nichols does what any girl would do: she flees the country. To be more precise, she joins her high school’s study abroad trip to England. While most of her classmates are there to take honors courses and pad their college applications, Ellie is on a quest to rebuild her reputation and self-confidence. And nothing is more of a confidence booster than getting a hot British boyfriend.
When Ellie meets Will, a gorgeous and charming Brit, she vows to avoid making the same mistakes as she did with the last guy she liked. Which is why she strikes up a bargain with Dev, an overachieving classmate who she’s never clicked with, but who does seem to know a lot about the things Will is interested in—if he helps her win over her crush, then she’ll help him win over his.
But even as Ellie embarks on a whirlwind romance, one that takes her on adventures to some of England’s most beautiful places, she still needs to figure out if this is actually the answer to all her problems…and whether the perfect boyfriend is actually the perfect boy for her.

END_OF_DOCUMENT_TOKEN_TO_BE_REPLACED 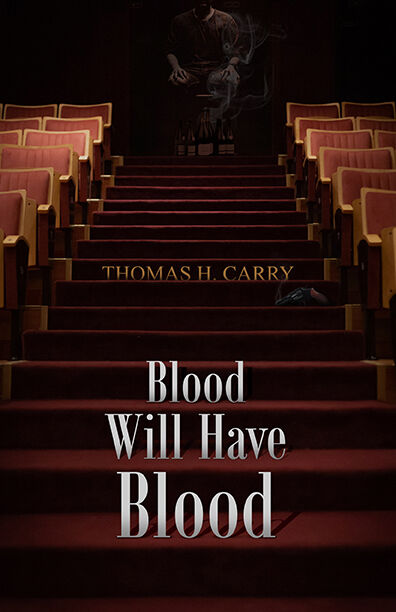 A darkly humorous and edgy crime novel set in New York City in the late ‘80s, Blood Will Have Blood will appeal to fans of Elmore Leonard, the Coen Brothers, and Lawrence Block.

Seven years in New York, and that big break has yet to materialize for struggling actor and inveterate pothead Scott Russo. Performing in terrible, barely attended Off-Off Broadway productions, hopping from one soul-crushing job to the next, Scott slacks away in a pot-fueled haze and contemplates throwing in the towel on his anemic career. The only thing that keeps him going is the humiliation of returning home to Baltimore. That and his current theatrical gig: an idiotically bad production of Macbeth.

Broke and out of a job, Scott jumps at his friend’s offer to work for a pot delivery service, only to get caught in a web of brutal Irish gangsters, a charismatic psychopath, ruthless prosecutors, and clueless actors. As his theatrical and criminal worlds collide in mayhem, murder, and betrayal, Scott finds himself morphing into a bumbling and blood-stained Macbeth, on stage and off.

If he can just make it to opening night…