END_OF_DOCUMENT_TOKEN_TO_BE_REPLACED

“I will stay by your side until the fire in the sun grows cold and the light of the moon is no more. Until time blots out the stars.”

The thrilling sequel to SPIN THE DAWN, a magical series steeped in Chinese culture.

Maia Tamarin’s journey to sew the dresses of the sun, the moon and the stars has taken a grievous toll. She returns to a kingdom on the brink of war. The boy she loves is gone, and she is forced to don the dress of the sun and assume the place of the emperor’s bride-to-be to keep the peace.

But the war raging around Maia is nothing compared to the battle within. Ever since she was touched by the demon Bandur, she has been changing . . . glancing in the mirror to see her own eyes glowing red, losing control of her magic, her body, her mind. It’s only a matter of time before Maia loses herself completely, but she will stop at nothing to find Edan, protect her family, and bring lasting peace to her country.

END_OF_DOCUMENT_TOKEN_TO_BE_REPLACED 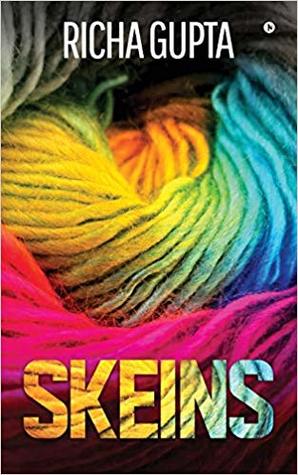 “There are instances when the truth suddenly pitches at us with an undeniable impact. Our buried feelings come to the fore due to a trigger in our environment.”

What happens when the skeins of life of 16 diverse Indian women, aged 25 to 67, get entwined when they travel to Spain and Portugal in an all-women’s tour? With a galaxy of identifiable characters from modern urban India depicted with light-hearted mirth in a travel environment, the novel explores serious issues, such as the quest for an independent identity and economic independence, the violence within and without our homes, the loneliness of old age and the need for constructive channelization of youthful energy. Spanning events across a little more than a year, it depicts how self-expression and a supportive environment trigger a cataclysmic effect and stimulate the women to realize their dreams.

END_OF_DOCUMENT_TOKEN_TO_BE_REPLACED 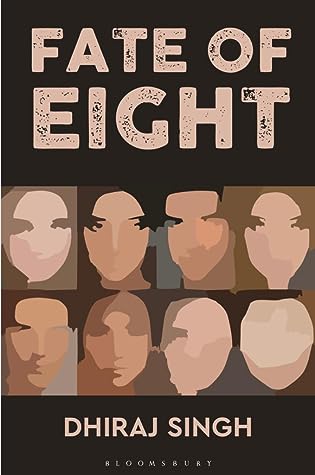 “Don’t worry. You will know. If not, we will meet again.”

A riveting thriller, Fate of Eight tells the story of eight people whose lives are entwined through the three key milestones of one’s life: birth, marriage and death.

Diya, Mira, Pratima and Radhika are four strong women, each embodying a trait designed by God herself. Their destinies are linked to the unique personalities of four other men-Venkat, Guru, Jagdambe and Rahim. Birth, marriage and death are the common destiny points for this chosen group of eight, the only condition God sets out for their souls. What happens in between is a saga of choice and fate. They all cross each other’s path in the course of their lives-as lovers, spouses, siblings, friends, sworn enemies. Some relationships last for life and some break off in between. And not all survive the trials of destiny.

Who amongst the eight will be linked together in the final destination of death? Who will have the true love that lasts forever? Where does God’s plan finally lead to?

An absolute page-turner, Fate of Eight is a gripping story of human relationships and fate, of success and failure, culminating into a murder and a thrilling search for the killer!

END_OF_DOCUMENT_TOKEN_TO_BE_REPLACED

Today we are celebrating the exciting release for L.O.V.E. by
Krissy Daniels by participating in the blog tour! This is a contemporary romance, standalone
title.